One of the most exciting parts of learning a new language is interacting with new phrases and words! It is important to learn practical phrases such as “Where is the train?” or “Thank you!”

Among this list of practical phrases is “No problem.” This phrase can be used to convey what you did for someone was “no big deal.” It is used similarly to “You’re welcome.” It can express that you are unbothered by a particular circumstance. As you can see, the uses for this phrase are immense. Let’s explore 6 different ways to say “no problem” in French. 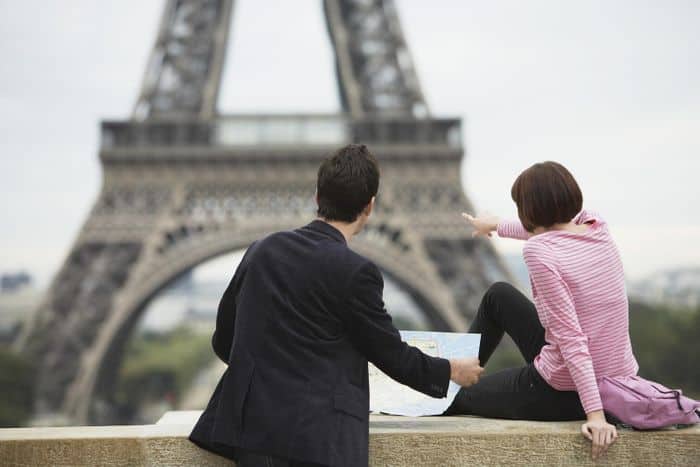 Pas de problème is the most commonly used phrase to express “no problem.” It is important to note “pas de problème” is a very formal way to say this. There are more casual ways of expressing it. This method is great for speaking to elders, strangers or someone in authority. The most common places this phrase is used are at work, at school or in social settings.

Pas de souchi is the informal way to say pas de problème. The literal translation is “no worries.” It can also be used to say something is “not a bother” or “not a concern.” It can be used as a response to “merci,” which means thanks. If you help someone, they say “merci” and you say “pas de souchi.” When pronouncing pas de souchi, it sounds the same as it is written, except for silent s in “pas.”

Ça marche is a very casual way of saying “no problem.” This phrase is great to use when reaffirming that something is no problem. The translation means “that works.” It can be used in everyday conversation to indicate “ok!” It is sometimes used by waiters after you have finished placing your order to indicate it will be ready soon, similar to the American phrase “Coming right up!” Lastly, it can be used as a question. By saying “Ça marche?” you are essentially asking “Does this work for you?”

Interestingly, this phrase is not always taught in traditional French classes. It is a very versatile term and is used in many different settings. An example of this phrase is when the first speaker asks a question like “Would you help me bring the groceries in the house?” and the second speaker would say “Ça marche!”

C’est pas grave means “it doesn’t matter” or “don’t worry about it.” The literal translation of this phrase is “it’s not that serious.” It is used to shrug something off and can be used in multiple ways. For example, c’est pas grave can be used as an apology or to minimize a problem. Sometimes the phrase is shortened to just “pas grave” informally.

Il n’y a pas de quoi means “there is no reason to.” It can be used in many ways and is a friendly expression. It is a relaxed response to “merci” and “excusez moi.” For example, it could be used to mean “there’s nothing to worry about” or “there’s nothing to be embarrassed about.” It is used as a way to downplay what you did for someone when they thank you.

A l’aise can be used in many different ways. The literal translation means “comfortable.” However, this phrase is used to indicate something is “relaxed” or “easy.” The use of this word will depend on who you are speaking to. Many sources say a l’aise is used by teenagers to mean “yes, easily.”

Now that you know 8 different ways to say “no problem” in French, you can put your skills to the test! These phrases have unique meaning in the French language and help you develop your communication and social skills. Learning new French phrases will expand your vocabulary and make conversations with native speakers much easier.